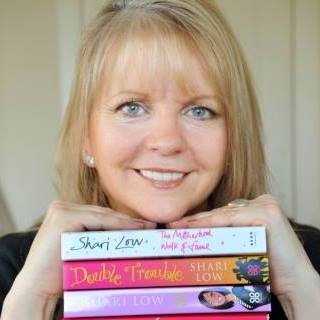 Ok, so I’ll try to avoid that deluded state where I believe that everyone wants to hear my cute childhood stories, and keep to the important stuff.

I was born in a town near Glasgow, where I spent my teenage years dreaming of the day I’d follow in Jackie Collins footsteps all the way to a life of decadent glamour and a kidney shaped swimming pool in LA.

Alas, the combination of bills and a nocturnal predisposition changed my course, and I opted for a career in nightclub and hotel management in Scotland, Shanghai and Hong Kong.

Sometime in the 90s, I was back in Glasgow, when a guy I hated on sight walked towards me. I changed my mind after thirty seconds. Seven days later, we moved in together and threw an engagement party. We’ve now been married for almost thirty years and thankfully he still hasn’t made a bid for escape.

I still harboured that dream of writing, and I eventually acted on it when I hit 30, had a mid-life crisis, and penned the first three chapters of my book What If?. I sent it off to five publishers and two agents and crossed my fingers.

More than thirty novels later, rights for various books have been bought by publishers in Italy, Poland, Czechoslovakia, Indonesia, Estonia and Germany and I’ve also released my first non-fiction title, Because Mummy Said So. It’s a collection of features I’ve written about all our family disasters, laughs and embarrassing moments over the years. I’m hoping my offspring don’t find out.
So now we’re up to the present day. I still spend my days and nights writing in a very mature, professional manner which roughly translates to ‘type, panic, eat a biscuit, type, panic, eat a biscuit, type, panic…’, repeated for 90 000 words.

I’m grateful to have worked with some fantastic editors and publishing executives in my career, and I’m beyond thrilled that three of my favourite collaborators, Caroline Ridding, Amanda Ridout and Nia Beynon, have now founded their own publishing company, Boldwood Books, and given my novels a home there.

As for my homelife, my two teenage sons have now flown the nest, so it’s just me, the husband, the labradoodle, my books and dozens of facetime calls to check my boys have done their washing.

Thanks for taking the time to read all this. I can’t believe I managed to fill a whole page and I haven’t even got around to those cute childhood stories yet…